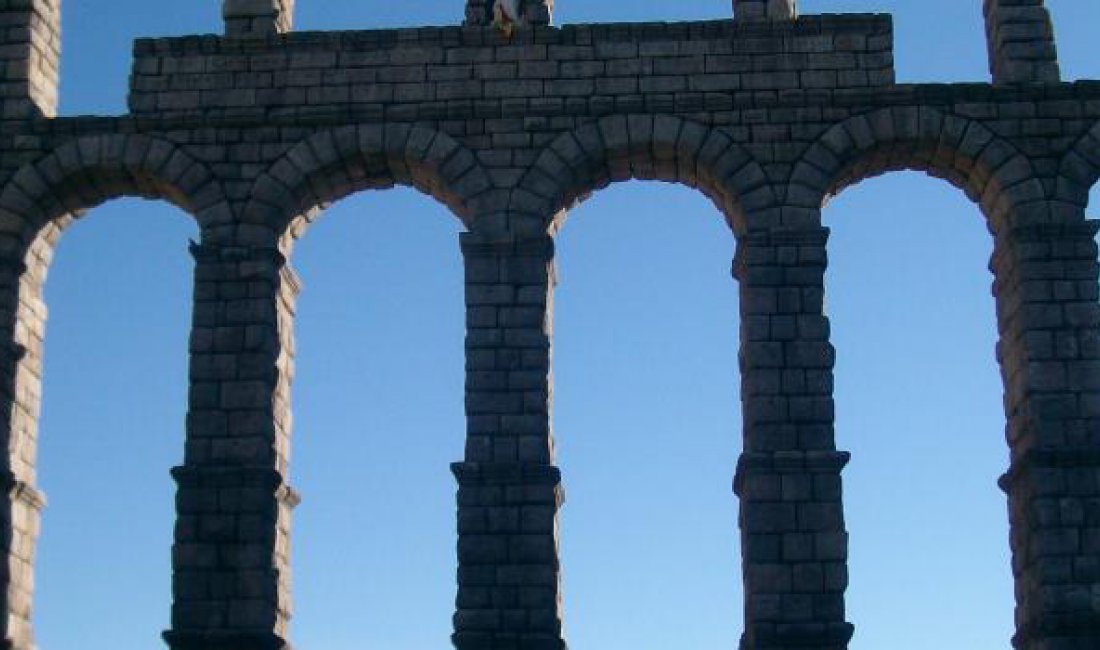 The aqueduct of Segovia is a roman aqueduct located in the Spanish city of Segovia. Its construction dates back to the beginning of the II century d. C., at the end of the reign of the emperor Trajan or early Hadrian. The most visible, and therefore famous, is the set of arches which crosses the plaza del Azoguejo square, in the city.In the year 1985, he was appointed, together with the historic city centre of Segovia, a world heritage site by UNESCO.
Information courtesy of Wikipedia